Skip to Main Content
It’s no wonder you’re looking for apartments for rent in Tacoma, WA. The gritty little city on Commencement Bay has come a long way.

Houses and apartments for rent in Tacoma, WA

Tacoma rental options for every budget

Our apartments and houses for rent in Tacoma, WA, will give you access to all Tacoma has to offer: lush parks, vibrant waterfront, craft breweries, and a thriving restaurant scene. Not only is Tacoma centrally located in the South Sound, with easy access to the cultural hubs of Seattle and Olympia, it’s also a rising arts-and-culture destination in its own right.

Cost of apartments for rent in Tacoma, WA
Why rent in Tacoma? Quality of life in a hip urban center at an affordable price. Many people come to Tacoma because they’re looking for the urban experience but don’t want to fight Seattle traffic or pay Seattle prices.

If your lifestyle doesn’t require you to live in Seattle, you can save over a thousand dollars a month just by renting in Tacoma — or you can get more for the same amount in Tacoma. Just under the national average, you can see that Tacoma is a great value. 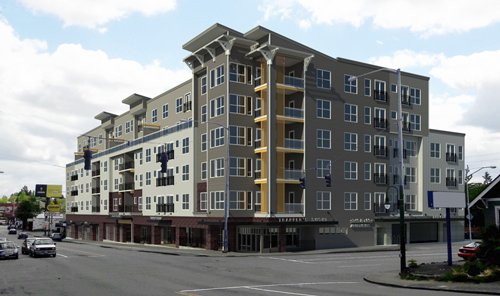 Why rent in Tacoma? Quality of life.

Tacoma’s music scene
From stadium shows at the Tacoma Dome, to intimate jazz at B Sharp Cafe, and mid-size shows at any of Broadway Center’s venues, Tacoma offers opportunities to catch everything from national acts to local scenesters.

Tacoma's restaurant scene
Tacoma’s 6th Ave restaurant scene packs a treasure trove of eating and drinking options into one walkable neighborhood. From decidedly upscale offerings like The Table and Asado, to the divey but undeniably delicious, Dirty Oscar’s Annex, and not-to-miss high-calorie splurges like The Red Hot and Ice Cream Social, the 6th Ave District has it going on.

Upscale dining options also abound wherever there’s a water view to be had — The Lobster Shop, C.I. Shenanigans, and Stanley, Wildfin and Seaforts, to name a few.

Tacoma rentals by neighborhood
Great apartments for rent in Tacoma can be found in many neighborhoods, including Downtown Tacoma, the Stadium District, the Proctor District, the North End, Garfield Street, along 6th Ave, and Ruston. Quality affordable apartments and houses for rent in Tacoma, WA, can be found northwest of downtown around the Tacoma Mall, in the Parkland area, and in Tacoma’s East Side.

Houses and apartments for rent in Tacoma, WA